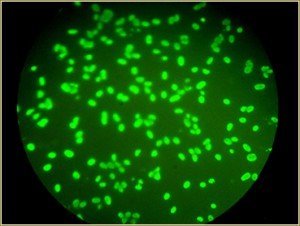 Today I started taking antibiotics for my Rheumatoid Arthritis.  I have previously discussed this with my rheumatologist.  He says he has seen it work in a patient with very mild rheumatoid.  Although he didn’t say it, I got the impression he felt that this patient had self-limiting disease, and the antibiotics had nothing to do with it.

It’s not a well-accepted therapy here in Australia.

He was not averse to me trying, but he felt that it was very unlikely that antibiotics would help someone with moderate to severe Rheumatoid Arthritis.

The American College of Rheumatology lists minocycline as a DMARD  .  Accepted theory is that minocycline has a mild anti-inflammatory effect.  Any improvement in symptoms comes from this anti-inflammatory property, and not from the antibiotic effect of the drug.  Minocycline is considered a DMARD, albeit a mild one.

There are enough case studies on their website to make me pay attention.

There have been several studies that do conclude that minocycline improves RA symptoms.  Again, though, all the studies I found state that it only helps in mild disease.  When I see other people’s gnarled and damaged hands, I think my disease is mild.  When I experience a full body mega flare, I realise it is not.

My rheumatologist classifies me as moderate to severe. It’s hard to know.

There are also studies in mouse models that show mycoplasma can induce Rheumatiod Arthritis in mice.  Mice is a long way from people though.

Then there are also plenty of studies that show absolutely no relationship between mycoplasma and Rheumatoid Arthritis.

The studies’ results are so inconclusive and poles apart, that I’m not going to post links.  It’s not that relevant to me, anyway.  Anecdotal evidence is enough…at this point, I have no other treatment options and nothing to lose.  Compared to Imuran and methotrexate, an antibiotic sounds pretty benign.

So what the hell.  I will give it shot.

Minocycline is slow acting.  Three months at least before I can decide if it’s helping.  And there are several protocols.

I am going with the Monday-Wednesday-Friday option.  100mg per day, 50 mg morning and night, on Mondays, Wednesdays and Fridays.

I don’t feel there’s much to lose by trying.  I keep reading, researching, hoping.  I’ve tried many, many treatments.  Fingers crossed, once again.

Living with rheumatoid arthritis – what is a flare (to you)

Living with complex invisible illness and my endocrinologist – April 2021

Rheumatoid Arthritis – do I qualify for Biological drugs now?