It has been almost a year since I was diagnosed with Eosinophilic Esophagitis (EoE).  A rare, but becoming more common, allergic disease which causes difficulty and pain swallowing, and inflammation and scarring of the esophagus.

I thought it was a minor thing, being that I have Mixed Connective Tissue Disease and Rheumatoid Arthritis, I figured EoE would be nothing more than an annoyance.

Treatment for Eosinophilic Esophagitis has involved a very strict elimination diet, which started with me removing wheat and other gluten containing grains, dairy, corn, soy, meat (except kangaroo), all seafood, peanuts and treenuts from my diet.  Removing these food items also means no processed food, as most processed good contains ingredients derived from soy, corn or wheat.  Pretty restrictive. Not a lot of fun.

To begin with for several weeks I lived on a liquid amino acid, vitamin and mineral containing formula, called an elemental diet.  It just seemed easier.  I soon realised this was prohibitively expensive, and switched back to real food.

So my Eosinophilic Esophagitis diet consisted of select fruits and vegetables, rice, oats and rice.  I could also have oat milk and rice milk.

After three months I had a repeat endoscopy which came back clear of eosinophils, which meant the allergens had been removed. Success!  I could re-introduce foods.

With the Eosinophilic Esophagitis diet, each food needs to be introduced individually, and trialed for a month. If symptoms don’t return, the food is deemed safe.  The gold standard is to have an endoscopy to check for eosinophils after each food introduction, but this just isn’t realistic in practice.

I started with chicken.  That was fine.  Then I added beef. Also good.  Lamb.  Fantastic. I can have meat.

Next I added corn, because corn is in so many products.  And I like to thicken sauces with corn flour.  Also good.

Soy after that. I was missing soy sauce, and it allowed me to cook many delicious Asian recipes.  Soy also passed the test.

Next I tried eggs.

And it was about this time that I got really sick of the dieting and watching every morsel that I put in my mouth.  I had almost completely lost my appetite and was heartily sick of all things food.  And I got a little slack.  I challenged gluten, because it’s a common Eosinophilic Esophagitis  diet trigger, and I just wanted some bread!  Remember, the above process represents six months in time.  Long time to be eating bland and simple foods.  And with Rheumatoid Arthritis, cooking everything from scratch, with no processed ‘cheats’ is hard work.  Many days I just fixed noodles for my kids and ate an apple or some mashed potato myself.  I just wasn’t interested in food anymore.

I still struggle with my appetite.  The gluten challenge failed, and considering that my skin prick test was positive for wheat, that wasn’t surprising. But it was depressing.

So I became strict again for a month.  Until all symptoms had disappeared again.  And decided it was time to try dairy. I wanted cheese. I wanted chocolate.  Ice cream. Custard. Sour cream. So many good things have dairy in them.  And I hadn’t eaten them, except for occasional cheats, in 8 months.

For the first few weeks, all was fine. Then I introduced cheese, and symptoms started to reappear.  First the golfball lodged in my throat feeling.  Then real difficulty swallowing.  Even pureed foods and liquids are now difficult to get down. 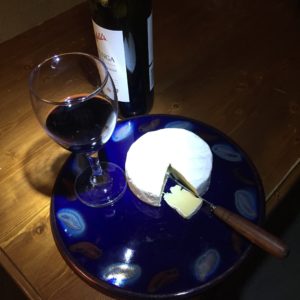 I don’t know if it’s the cheese, or I just reached critical mass on dairy.  The difficulty with this kind of allergy is that its slow moving.  It can take a few weeks of eating a trigger food before symptoms return.

I can try milk, and just have milk, and not add any other form of dairy for the full four weeks.  But its most likely that I am allergic to all dairy.  I might be able to have a little bit here and there, as in maybe once a month, but it is something I have to cut from my diet permanently. Along with wheat and nuts and seafood.

Very restrictive diet, forever.  Depressing.  Actually I am effectively being forced to be Paleo, because of a genuine medical allergy, not for woo reasons.  So I guess I am lucky in that there is a worldwide ‘tribe’ of people convinced that this is the healthiest way to eat, and therefore a lot of great recipes to try.

And that’s what I have to focus on. What I can have, not what I can’t.

Eosinophilic Esophagitis (EoE) and why it sux